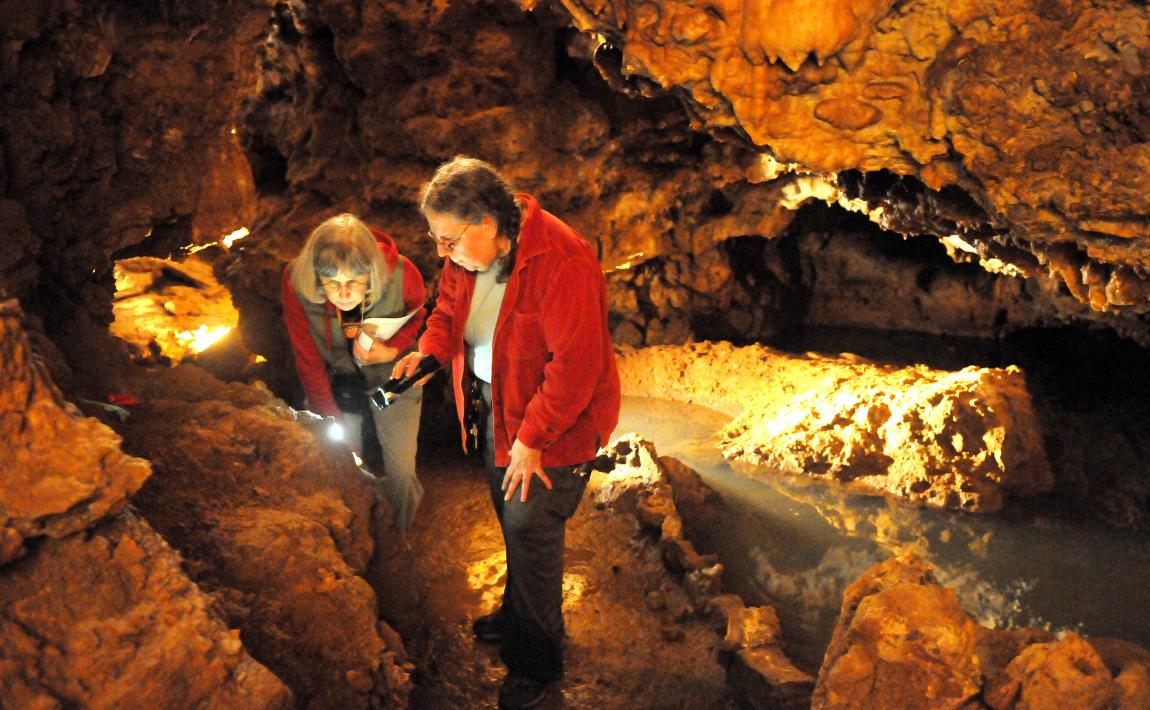 There are as many stories about Kickapoo Caverns above ground as there are below ground, and Mississippi Valley Conservancy typically shares them through guided hikes during the summer months when hibernating bats are away from the cave. This year, to prevent the spread of COVID-19, the Conservancy will offer an online tour of the property that features one of Wisconsin’s longest cave systems. PART ONE of “Kickapoo Caverns: Home to Hibernating Bats” will be shared on the Conservancy’s YouTube channel as a "Linked to the Land" virtual hike at 10:00 a.m. on Saturday, July 11, 2020.

Once explored for its potential as a lead mine and its promise of adventure in the hills of southern Crawford County, the cave property was eventually developed as a tourist attraction at the end of World War II. All the while, hibernating bats overwintered in the cave, where a constant temperature of 48 degrees protected them from Wisconsin’s harsh winters. Above ground, the 83-acre property includes prairie remnant and a mature oak-hickory forest that are home to many native species of plants and animals ­– some of them threatened or endangered.

The two-part video tour is led by Jennifer Redell, a bat biologist and cave specialist from the Wisconsin Department of Natural Resources. Since its acquisition and protection of the property, Ms. Redell has advised the Conservancy on management of the sensitive underground habitat for some of Wisconsin’s threatened and endangered bat species. Bat populations of the northern hemisphere are increasingly threatened by a fungal infection known as white nose syndrome (WNS) and the Conservancy has gone to great lengths to ensure the least possible amount of human disturbance to the cave habitat in an effort to help the remaining bats. In the video tour, Ms. Redell talks about research being done to prevent WNS in bats.

In PART ONE of the two-part video tour, Ms. Redell shares insights into the beneficial role of bats – the world’s only flying mammals – and information about what’s being done to protect them, including ways that everyone can help. PART TWO, to be shared on August 8, will feature more about the cave itself – it’s 400-million-year-old story, how it was discovered, and why it’s worth protecting. Both episodes of the video will remain on the Conservancy’s You Tube channel for viewing anytime after the initial postings.

Want to build a bat house for your back yard? Click to learn how.

PART ONE will be available on our YouTube channel at 10:00 a.m.