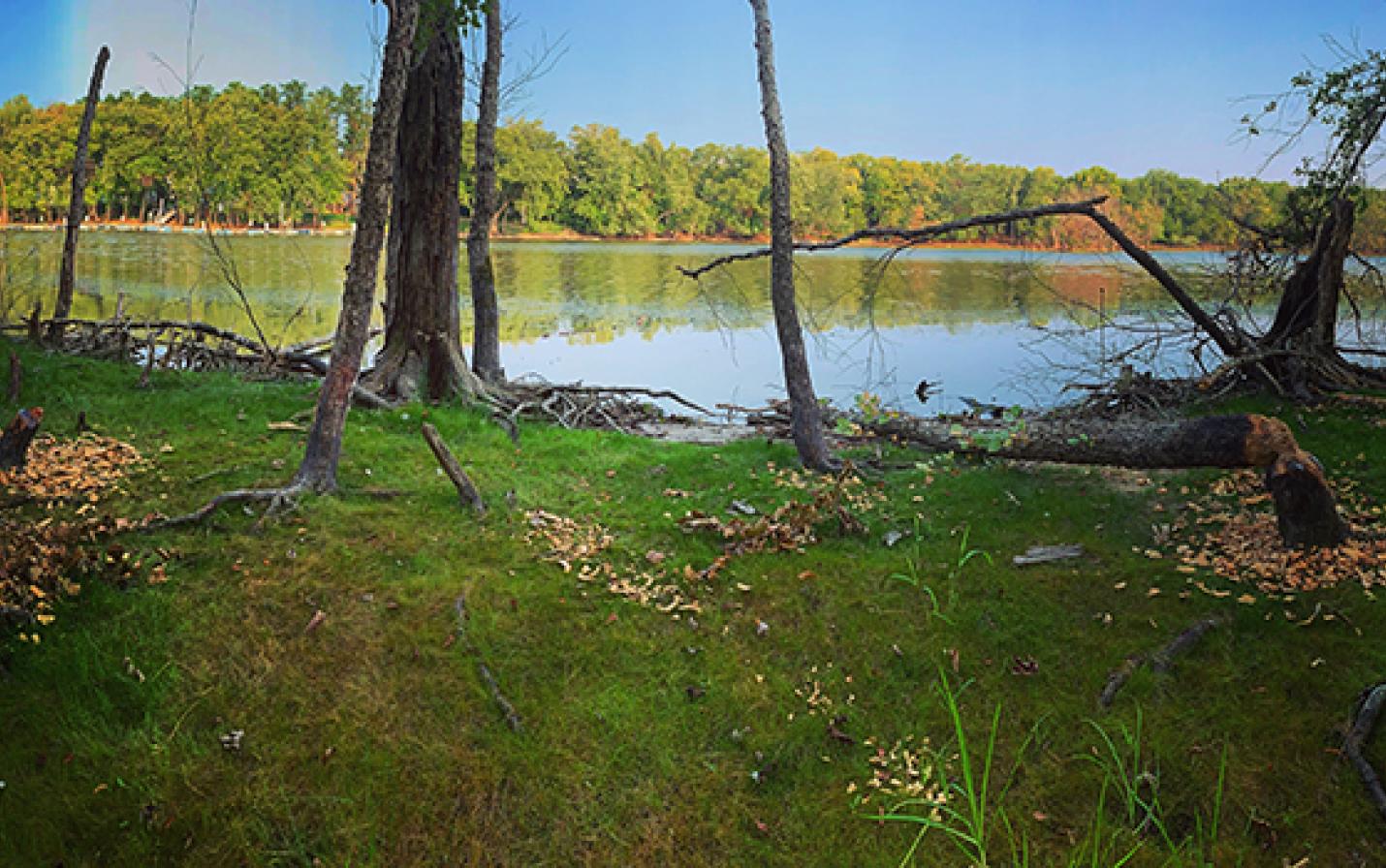 LA CROSSE, WI-November 18, 2020 – A pristine tract of Black River bottomland in La Crosse has been acquired by Mississippi Valley Conservancy through the bequest of Phyllis and Dean Dempsey and Albert L. Miller.

Surrounded by the Black River and sandwiched between French Island, the Bridgeview Shopping Center, Interstate 90, and Nakomis Ave., the newly named Black River Bottoms will preserve 52 acres of prime floodplain forest and emergent marsh within the urban footprint of La Crosse.

“The foresight and generosity of the Dempseys was at work before we ever knew them,” said Carol Abrahamzon, executive director of the Conservancy. “Their vision of a future in which fish, wildlife, and natural beauty would remain undisturbed for the benefit of the entire community has been realized with their bequest of the land we now call Black River Bottoms, our newest nature preserve.”

Black River Bottoms marks the first land bequest to the Conservancy in its 23-year history.

“We discussed a number of land conservation options with Dean and Phyllis, including conservation easements, land donations, and bequests,” said Abbie Church, conservation director for the Conservancy. “The idea of a bequest appealed to them for the flexibility of maintaining the privacy of the land during their lifetime, while ensuring it would become habitat managed by the Conservancy and available for public enjoyment after they passed.”

The process began in 2007 with an invitation from the Dempseys.  A visit by Conservancy staff found towering swamp white oaks and massive cottonwoods, plus excellent habitat for migrating waterfowl, breeding and wintering grounds for songbirds, and breeding and feeding areas for fish and amphibians.

According to the Dempseys’ niece Sue Becker, Phyllis and Dean were high school sweethearts from Fennimore, Wisc. and were very close throughout their lives.

“They did things together,” she said. “They were both very active. They both loved to hunt.”

Said Church, “Dean in particular, had a number of stories that he shared about his lifetime of enjoying hunting, fishing, and boating. He was an outdoorsman and had his routes on the land that he would visit with his dogs, enjoying the fresh air and maintaining his network of wood duck houses.”

The Dempseys lived for many years on Nakomis Avenue, just south of their river bottom land.

Said Church, “Dean and Phyllis loved the fact that they had such rich wildlife habitat right in their backyard.”

This sometimes-peninsula, sometimes-island is regenerated by seasonal flooding and acts as a buffer and sponge against storms and heavy rain. Like any such lowland, it slows, filters and absorbs floodwater.

“The conservation of this land has much farther-reaching impacts than just on the land itself,” according to conservation director Church. “Its location adjacent to the Upper Mississippi River National Wildlife and Fish Refuge benefits both plants and animals by providing continuity of land management and habitat.”

As part of the Mississippi River Flyway, the property provides an important stopover for birds migrating between their winter and breeding habitats. During the warm season, the floodplain forest provides habitat for rare birds including the great egret and the prothonotary warbler.

The property is open to the public and currently accessible only by water. The nearest public boat launches are at Veteran’s Freedom Park, Clinton Street, and Logan Street. From the Black River channel south of the I-90 bridge, boaters can travel through the backwater of the property to Catgut Slough (Richmond Bay) located east of French Island for fishing, hiking, birdwatching or just plain river lounging.

Click for information and brochures about all our public nature preserves.