Flight Behavior: A World Without Pollinators 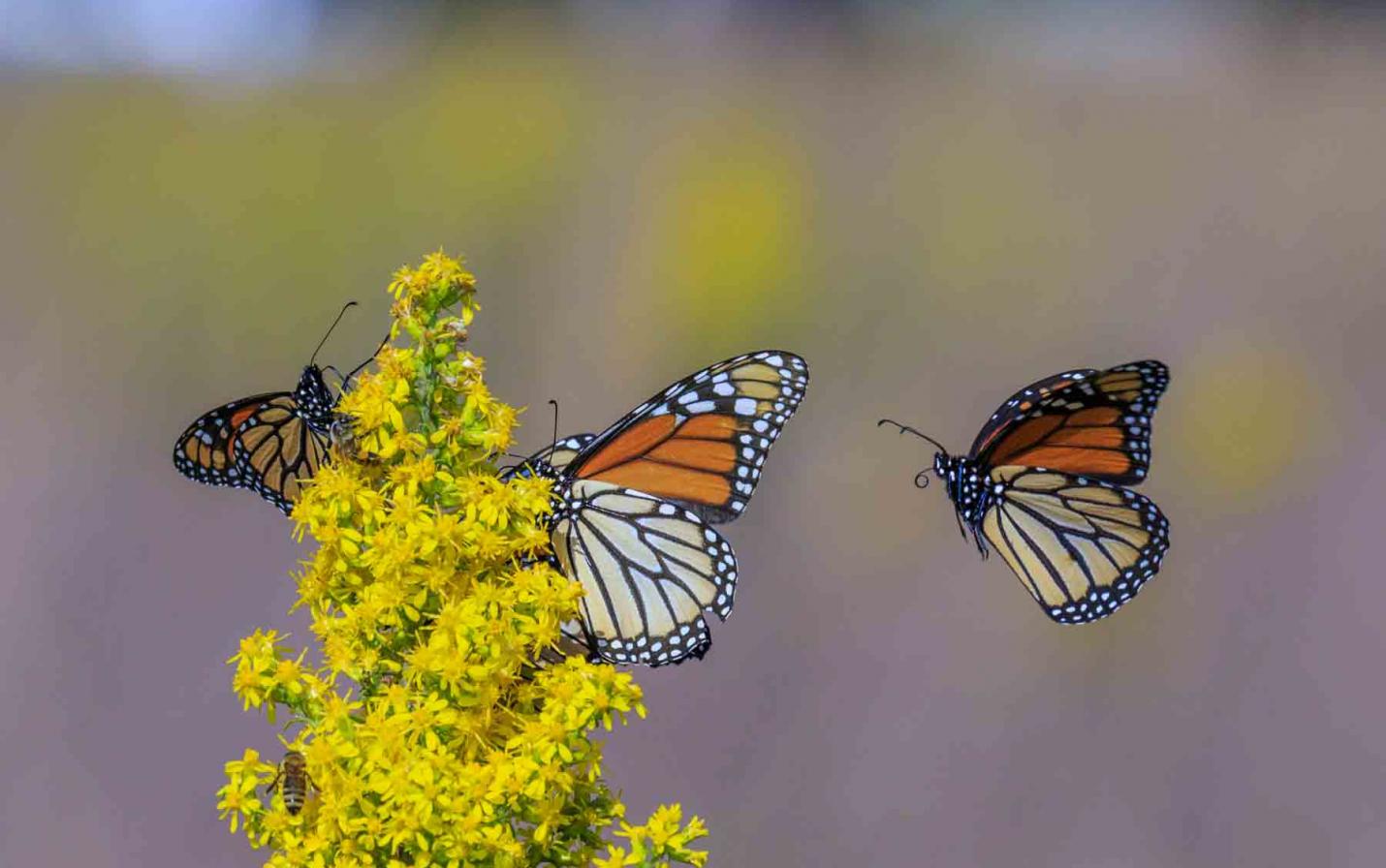 Monarch butterflies are one of the most recognizable pollinators across North America. Because of their pollinating nature, they are an important part of an ecosystem traumatized by climate change. Increases in global temperature pose a significant threat of loss of food and loss of habitats. These temperature shifts also threaten their migration patterns and put monarchs in unsuitable habitats where their young are more at risk. At this time, most of us recognize the importance of pollinators but not our collective impact on their survival. Barbara Kingsolver invites her readers through the work in Flight Behavior to understand how we are all linked to climate change and encourages us to continue in our own metamorphosis, like our fellow monarchs.

What began with an opportunity of infidelity, led Dellarobia to the discovery of endangerment to an entire species. On the road to meet her secret suitor, she uncovers a valley of monarch butterflies in the southern Appalachian Mountains that symbolizes their changing world. We follow Dellarobia’s journey in enlightenment of her own environmental conscience as she begins to realize the inner connectedness of global warming to her small town and the rest of the world. From where she started out feeling as though her life was “measured in half dollars and clipped coupons and culled hopes flattened between uninsulated walls” she begins to flourish into understanding that climate change is jeopardizing their existence.

Dellarobia’s fiery discovery of the butterflies sparks many feelings from her local community as well as national news coverage. Some proclaim she’s lost her mind while others seek to exploit the monarchs for an economic gain. Dr. Ovid, an entomologist specializing with monarchs, seemed to be one of the only people who could help Dellarobia make sense of the monarchs being in this unusual habitat. He explained their normal migration occurs through cues and how these have been shifted due to seasonality changes from climatic warming. This was leading the butterflies to move up the mountain slopes instead of their normal wintering home in Mexico and endanger the entire generation of monarchs. Even after Dr. Ovid’s explanation, Dellarobia was not yet convinced claiming, “These butterflies had been hers. They seemed to matter like nothing she’d ever possessed.” It’s not until much later in Dellarobia’s awakening that she realizes nature is not hers to possess. “Dellarobia recognized the same naïve thinking she had heartily shared in the beginning. If anything, she’d been more selfish wanting the butterflies to be hers alone. She saw them first. She’d been reluctant to surrender her flight of fancy to the scientists’ prior claim.”

Kingsolver embodies the metaphor of metamorphosis and self-discovery in her character Dellarobia but does so much more throughout the fictional read as well. She also elaborates on the conflicts that arise between faith versus science, celebrates the importance of nature and rebirth, and expresses the need for social and economic justice within environmental concerns.

Kingsolver writes to her audience to show the importance of conservation of land and the animals that depend on the land through her work in Flight Behavior. The Driftless region is an especially important and biologically diverse area in the Midwest that even through conservation work, is being impacted by the globe’s warming. The time is now to defend declining species due to climate change. When we gain an appreciation for the land and animals, especially pollinators, we are more likely to continue to protect our homelands and raise our voices to encourage people to care too. After all, our future relies on the survival of our ecosystem’s pollinators.

Alexis Kreider is a student of environmental literature at University of Wisconsin-La Crosse.