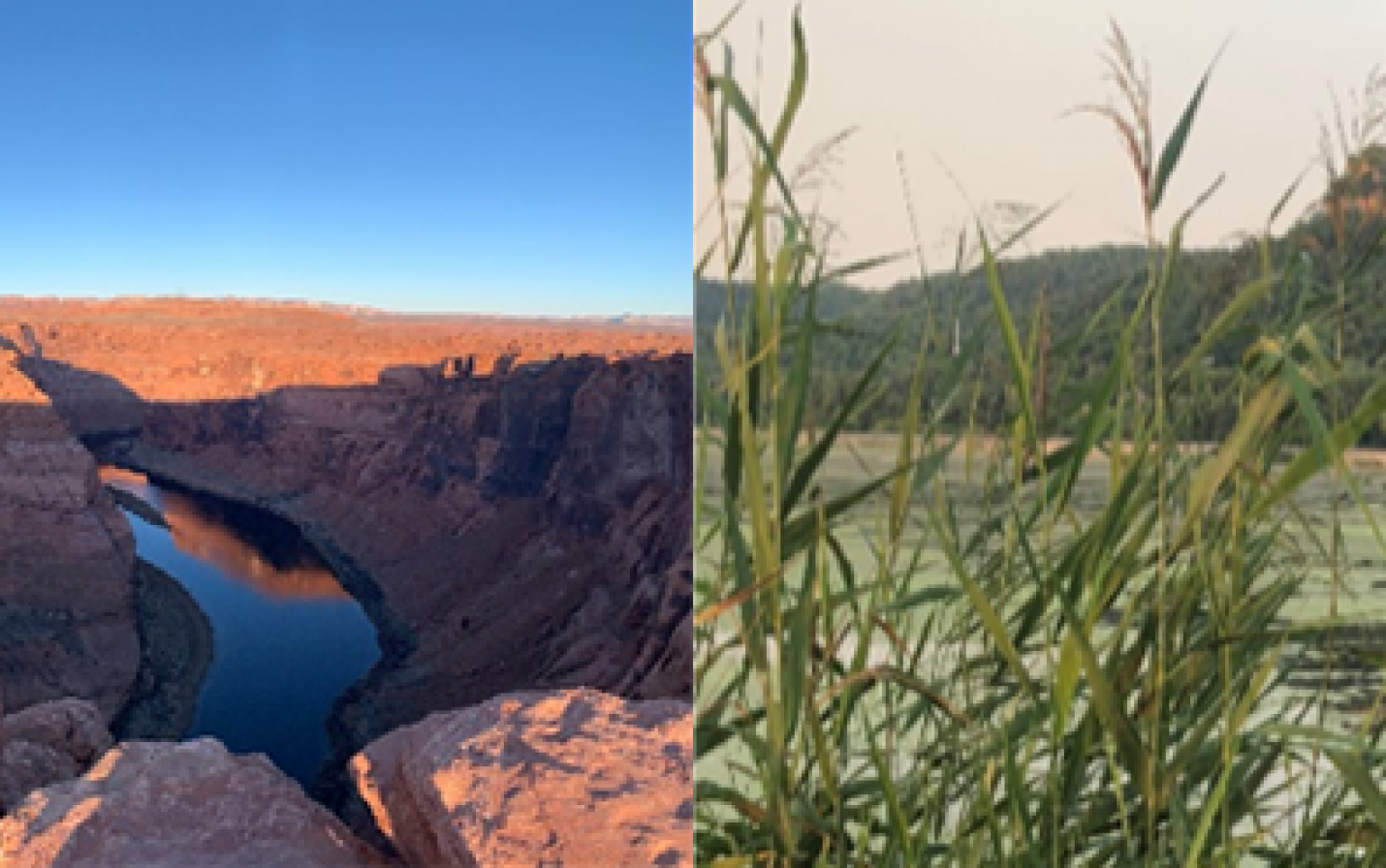 How does the apocalypse begin?

Faulty medicine? Endless wars? Artificial intelligence overthrowing the human race? All three have been forecasted in movies and novels as possible apocalyptic beginnings; but, what about a freshwater shortage? Paolo Bacigalupi sheds light on the possibility that a lack of freshwater could be the beginning of the end in his climate fiction short story “Shooting the Apocalypse”, the first story in an anthology of short stories within the book Loosed Upon the World: The Saga Anthology of Climate Fiction (Saga Press, 2015).

In Bacigalupi’s riveting, dramatic, and uncensored narrative, the reader is able to vicariously live through Arizona native, freelancing, newspaper photographer Timo. Through Timo, Bacigalupi allows the reader to be first on the scene when uncovering the battle line that has been drawn in the sand between residents of Phoenix and Texas over drinking water. Early on in the story Timo discovers a dead Texan hanging from the fence bordering the Central Arizona Project (CAP), a canal that supplies water from the Colorado River to parts of southwestern United States. The empty water jugs that dangled from the Texan turned him into a makeshift windchime, as if he was a warning of death to those who wished to wet their lips with water that wasn’t “theirs.”

Discovering the body was Timo’s lucky day. This was his chance to hit it big in the journalism world, but when he calls his reporter friend Lucy, she doesn’t think so, “I’m trying to tell you nobody cares about dead Texans. People string them up all the time.”

The lack of sympathy between people in a world where freshwater is rarer and more precious than gold, is unfolded before reader’s eyes. To put it into perspective, strung-up, thieving, dead Texans are the equivalent to roadkill, “All the roads out of Texas have them. Nobody cares.” Killing over freshwater has become a justified act and nearly an everyday occurrence for those in this region, “The CAP is why he died…It’s what he wanted. And it’s what the Defending Angels need to protect.” Essentially, to the people of Phoenix, the Texan’s basic need, or “greed” in their eyes, for water is what killed him.

Through this fictional story, Bacigalupi touches on a subject that is a reality in our lives today – freshwater is in short supply and high demand. Water pollution, excessive use of water, and unpredictable weather patterns – contributed to from climate change – all create shortages of freshwater for humans and other organisms. Protecting what remains of the freshwater supply on Earth has thus become the mission of many organizations across the globe. The Midwest, in particular, is a region of the United States that fiercely fights those who wish to deplete, and possibly destroy, the one of largest freshwater ecosystems in the world – The Great Lakes. The battle is not constituted with killing, but rather strict agreements and contracts that prevent such damage. Without such restrictions the Midwest could potentially become what the western United States is slowly becoming, a land that is nearly sucked dry of its precious freshwater.

“You all stick your straws in the river; you pump water to a bunch of cities that shouldn’t even exist.” Bacigalupi alludes to the reality that humans have pushed the boundaries of where life can exist and the amount of life that needs sustaining. People have altered the possibility of life for other humans, animals, and plants through expansion of the area that rivers and lakes supply water to. Rivers and lakes have the capability of sustaining life that is nearby, but once more people stick their straws in and start sucking, that capability dwindles and Timo was about to experience that reality.

Timo thought the story was hanging from the fence, when it was really just beyond it. Beyond the fence was, “A whole big canal drained of water. [With] nothing but a thin crust of rapidly drying mud at its bottom.” Millions were about to be without water and they had no clue. Timo wasted no time. He grabbed his camera and began shooting the apocalypse.

In addition to the short story this review describes, you can read an extended version of this narrative and what happens to the characters of Timo and Lucy in Bacigalupi’s novel The Water Knife (Vintage Books, 2016).

Chelsea Rausch is a student of environmental literature at University of Wisconsin-La Crosse.