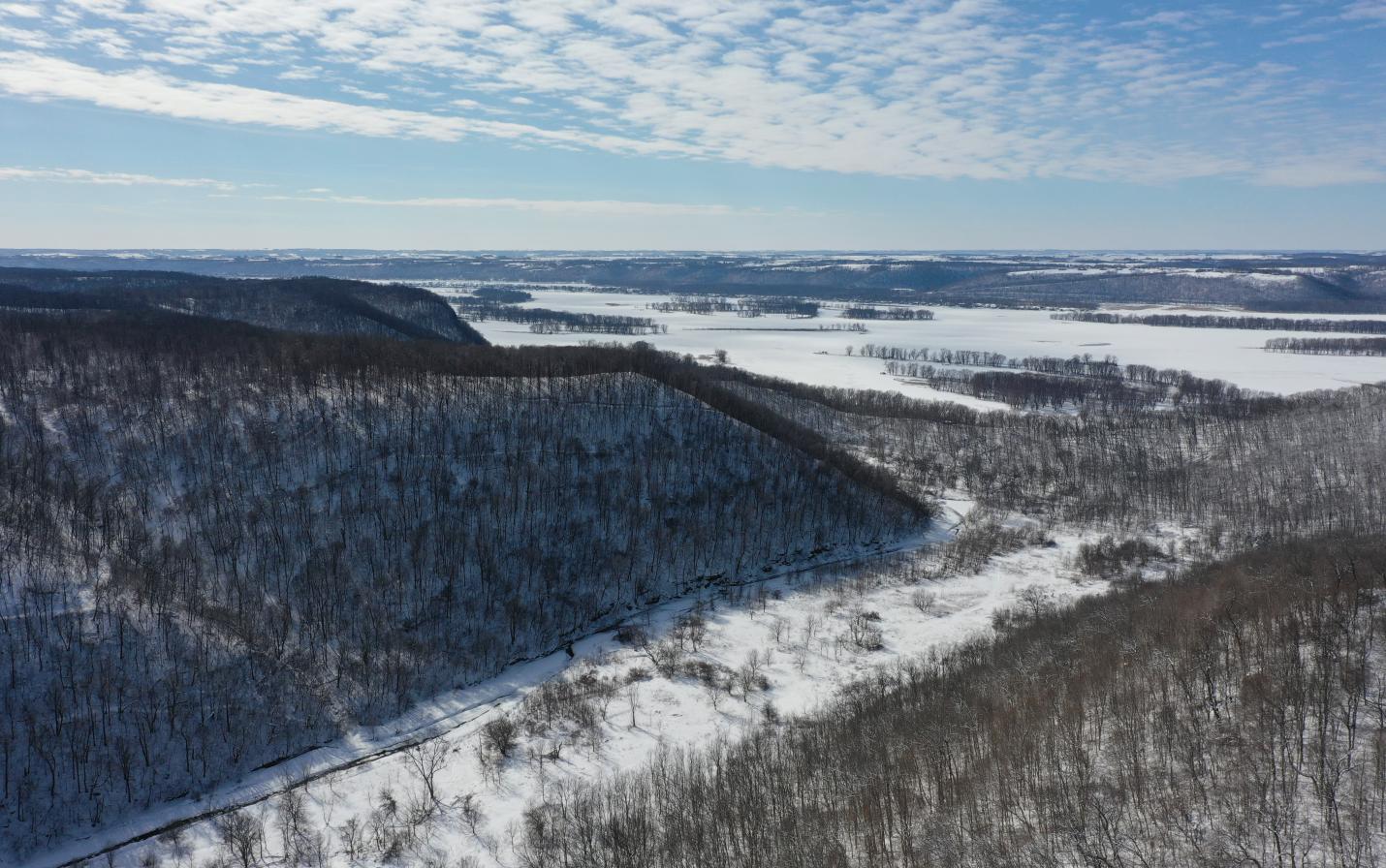 LA CROSSE, WI – In the Mississippi River blufflands in western Grant County resides a unique geology with sinkholes, talus slopes, caverns, and springs all interacting to replicate the conditions present here during the last ice age. Within cold-air slopes, also known as algific talus slopes, underground air movement keeps the land cool on even the hottest days, supporting rare plants and animals today that would have been found there 10,000 years ago. Local land trust Mississippi Valley Conservancy protected another 40 acres of this rare habitat in a purchase completed on December 16, 2021.

“We started piecing together land in the area in 2007,” said Conservancy board president Sue Dillenbeck. “We first acquired 28 acres of land called Devil’s Backbone State Natural Area.”  In 2010, another 98 acres of adjacent land was added, providing the first protected algific talus slope in the state of Wisconsin. “We knew the property was incomplete,” said Abbie Church, conservation director for the Conservancy. “We had an area of functioning algific talus slope, complete with the federally threatened northern monkshood, state threatened cherrystone drop snail, and other rare species. On a hot July day, you can feel cold air coming out of the vents in the hillside. But what we were missing was the air intake supporting the entire system – typically a sinkhole or series of sinkholes.”

According to Church, heavy equipment, erosion—even hiking or livestock grazing—can be enough to damage the system, closing off air movement. Left unprotected, the source of the air flow can become blocked and the entire habitat can quickly be destroyed. Sometimes, she explained, the sinkholes providing the air can be far away from the algific talus slope itself, part of a labyrinth of underground caverns and corridors. “We were constantly concerned about the property, knowing that a poorly planned logging road or illegal dumping on a property miles away had the potential to completely destroy the habitat we’ve worked so hard to protect,” continued Church. In addition to protecting the fragile nature of the ecosystem, this acquisition also supports the Conservancy’s recently published climate action plan. “Strategic land protection and management of critical wildlife habitats ensures sites remain resilient to a changing climate,” noted Dillenbeck, “especially on a site like this one with exceptional biodiversity.”

In 2020, the Conservancy received a call from Jim and Milli Lindell. Milli, together with her brother Doug, owned 40 acres of land adjacent to that already owned by the Conservancy and were exploring options for it. The land, near the town of Glen Haven, had been in their family since their grandparents purchased it to expand their farm in 1943. Conservancy staff spent a day exploring the site, finding springs, butternut trees, monkshood, talus slopes, and then, finally, algific talus slopes and significant sinkholes.

“My mom and dad often drove Dugway Road out of Glen Haven and would see the  Conservancy sign,” said Milli. “After Mom passed last year, we felt we should look for new ownership and immediately thought this would be a great way to continue preserving the land. It is an especially good fit as the Conservancy’s Devil’s Backbone property shares a border with our land. Glen Haven is a memory-filled area for our family in many different ways. Having our family land now be part of the Conservancy will allow us to visit and share its story with present and future generations.”

In addition to protecting the rare habitat, the Conservancy’s ownership and managment of the Devil’s Backbone nature preserve benefits the local community, providing opportunities for hiking, hunting, fishing, and other nature-based outdoor recreation. The Conservancy was able to secure funding for the new acquisition from three sources: Wisconsin’s Knowles-Nelson Stewardship Program, the Paul E. Stry Foundation, and donations from Conservancy members and supporters.

For those who are interested in volunteering to help with habitat restoration on this or other Conservancy nature preserves, sign-up is available here. 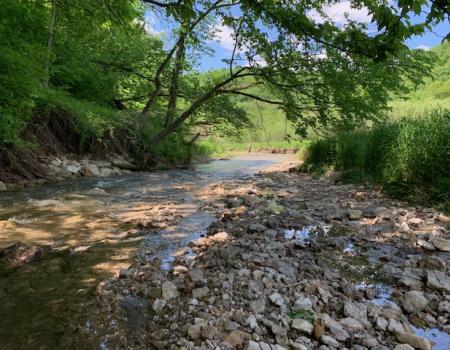 Discover all the nature preserves

Public access to protected wild lands
Devil's Backbone State Natural Area is one of 29 public nature preserves protected by Mississippi Valley Conservancy. Brochures, driving directions, downloadable maps, and recreational use policies for each of them are available on this website.
Get information