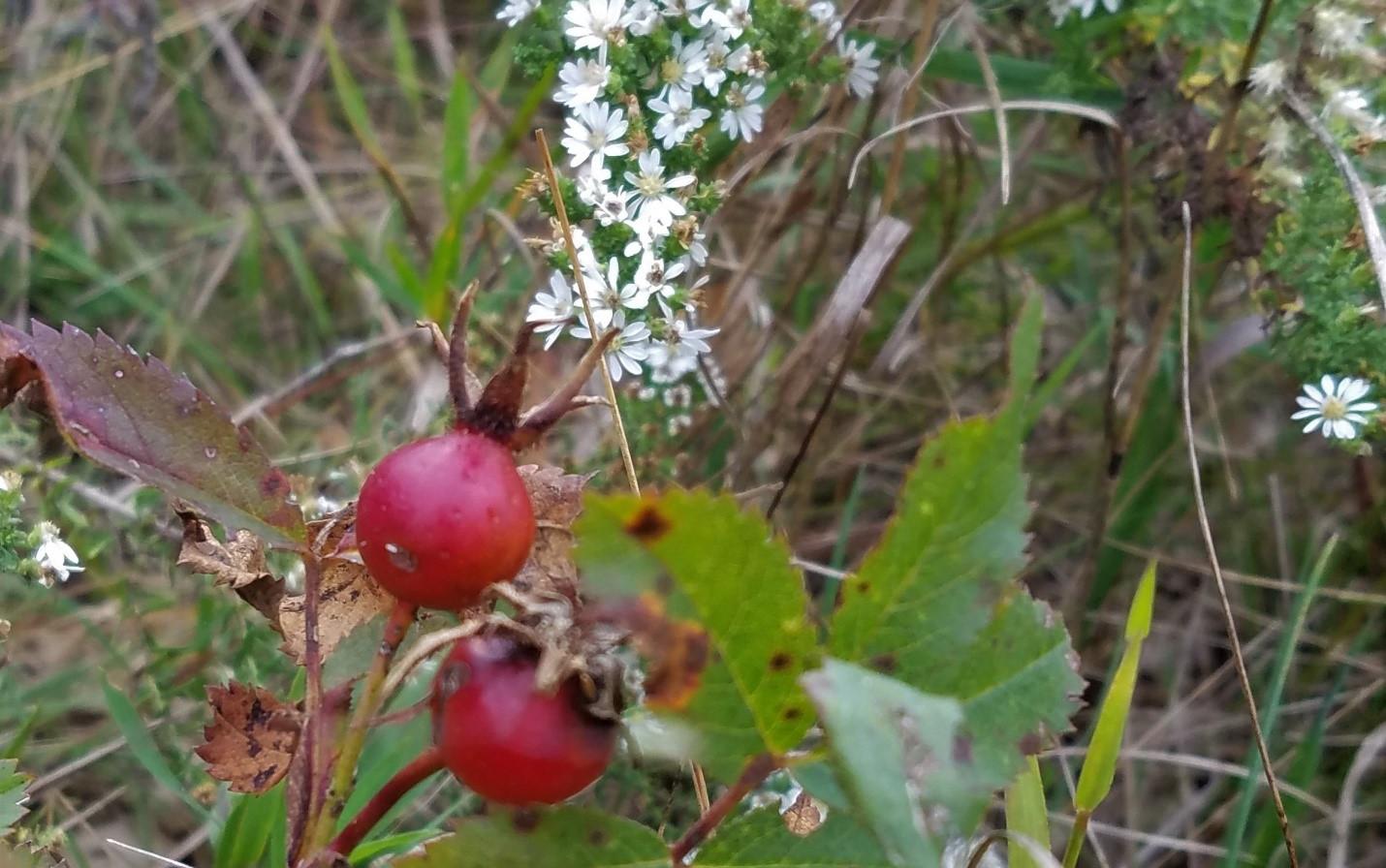 A few months ago, I attended Mississippi Valley Conservancy’s Nature Photography Walk at the Holland Sand Prairie. That’s where I took the photograph you see above. This nature walk was a completely new experience for me: I had never visited the prairie before, nor had I even been to one of MVC’s events. I’m glad I went though, because I learned so much about nature in the La Crosse area. Tom Rhorer, the photographer who led the Nature Photography Walk, told us attendees about the frequent changes to the prairie’s landscape. He said that, just a couple weeks prior to this event, the prairie looked quite different: certain flowers had been in bloom that were no longer visible. If I had returned a couple weeks later, I’m guessing that I could have seen new plants yet again. I had no idea that such frequent changes occurred in a prairie’s appearance, but that’s because I haven’t spent much time observing our local prairies. If I had been a frequent visitor to the Holland Sand Prairie—if I had spent a lot of time among the plants that grew there—I would have been familiar with these changes.

The characters of Emily Brontë’s novel Wuthering Heights know their local landscape well. If Catherine and Heathcliff had lived near the Holland Sand Prairie, these characters would have been able to name all the plants that grow there, and they could have identified the time of year a given plant could be observed. In actuality, these characters lived in England; they wouldn’t have known our local prairies and bluffs, but rather the Yorkshire moors and crags. In spite of this, I think that the presence of nature in this novel is pretty applicable to the nature we have in the La Crosse area. When Emily Brontë wrote Wuthering Heights, first published in 1847, she wrote about the nature she was familiar with. Brontë lived in Yorkshire, England. When she writes about the moors (open, uncultivated land) or the crags (steep, rugged rock), she is writing about fictionalized versions of landscapes she could have seen near her own home.

Reading Wuthering Heights, the first thing you notice will likely not be the nature: Brontë’s tumultuous plot demands the reader’s attention. The romance between Catherine and Heathcliff is well known, but the novel also includes quite a bit of death and violence. Embedded in the narrative, though, are many references to the countryside landscape. In Chapter XII, for instance, Catherine speaks to the narrator, Nelly Dean, saying:

‘I wish I were out of doors!…I’m sure I should be myself were I once among the heather on those hills.  Open the window again wide: fasten it open!  Quick, why don’t you move?’

‘Because I won’t give you your death of cold,’ I answered.

‘You won’t give me a chance of life, you mean,’ she said, sullenly.  ‘However, I’m not helpless yet; I’ll open it myself.’

Catherine’s love of nature is apparent in this quotation. She is ill and in her room in this chapter of the novel, but she believes that by being among the nature she loves—the heather, which grows on the moors—her health may be restored. Even characters in the novel who haven’t spent as much time in nature wish they could be among it. In Chapter XVIII, Catherine’s daughter, also named Catherine, has never visited the crags, but she has observed them from her home. Brontë writes:

The abrupt descent of Penistone Crags particularly attracted Catherine’s notice; especially when the setting sun shone on it and the topmost heights, and the whole extent of landscape besides lay in shadow.…

She murmured to herself.  ‘…I should delight to look round me from the brow of that tallest point: my little pony Minny shall take me some time.’

The younger Catherine loves nature, just like her mother. I really like the description of the sunset here: the contrast between the light on the top of the crag and the shadow below must be a beautiful sight to see.

If you haven’t yet read Wuthering Heights (or if you’d like to reread it), I encourage you pick up the book and pay attention to how Brontë writes about nature. The novel is in the public domain, so you can find it for free online. It should also be available at almost any bookstore.

Nolan Hart is a student of environmental literature at University of Wisconsin-La Crosse.