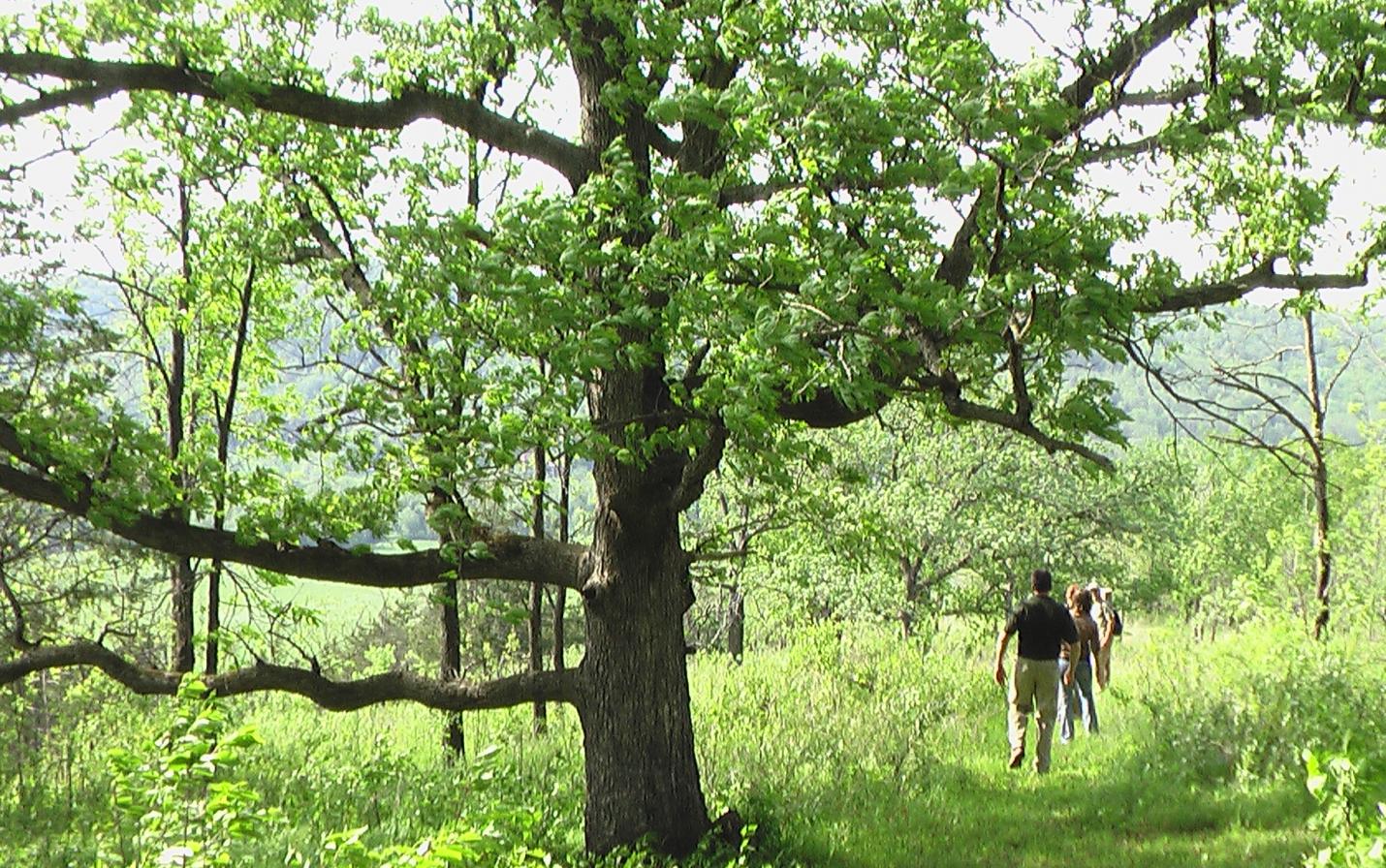 The name of a teenage artist popped into my mind when I turned a corner on a drive through Holmen recently. I hadn't been on the street for some time and I was astonished to see earth moving equipment where one of my favorite trees used to stand -- a giant oak that spread its thick branches near a cozy looking home, also gone now to make room for housing or commercial development.

Favorite trees was the subject of a project years ago when Gretchen and I had the newspaper in Lodi; we asked readers to nominate their favorite tree and enlisted the young artist to sketch the trees for a special publication -- all part of an effort to make the community aware of the importance of the town's trees. The Holmen oak was every bit as beautiful as those that were nominated so long ago in Lodi.

Aldo Leopold, the great Wisconsin ecologist, wrote eloquently about one of his favorite trees, also an oak, that was split by lightning, putting an end to its 80 years of wood-making. But it lives on in his "Sand County Almanac," its life telling, ring by ring, the history of Wisconsin.

But we have long known that there is also function as well as beauty and literary device to appreciate in trees. And a recent study  by University of Wisconsin researchers adds to our appreciation of trees for shade and cooling.

According to the study, given the increasing frequency of extreme heat due to climate change, trees may hold the secret to keeping our communities livable. The right amount of tree cover --a minimum of 40 percent coverage -- can lower summer daytime temperatures by as much as 10 degrees Fahrenheit, according to the study.

Carly Ziter, the lead author, spent much of the summer of 2016 biking around Madison with a weather station on her back gathering the data that allowed her to discern the differences among various neighborhoods. A sensor marked her location and took an air temperature reading every second as she rode, providing the data that showed just how instrumental trees are in moderating heat in cities.

The greatest amount of cooling happens once the 40 percent threshold is crossed over the scale of a city block or larger, according to Ziter, now an assistant professor of biology at Concordia University in Montreal where I reached her for a telephone interview.

She urges communities to find areas where planting can raise the amount of canopy coverage over the 40 percent minimum so an aerial photo would show nearly half of an area such as a city block with leafy coverage.

Monica Turner, professor in the UW Department of Integrative Biology and a co-author of the study, said "We knew that cities are warmer than the surrounding countryside, but we found that temperatures vary just as much within cities."

The so-called heat island effect is more like smaller islands of heat in a city interspersed with cooler areas of shade, according to the study.

The Holmen oak was just one of some 15 billion trees that are cut worldwide each year, according to a study in the journal Nature. Thomas Crowther, Yale University forestry researcher, said about 5 billion are replanted, for a net loss of 10 billion.

According to Crowther, "Trees provide a wide range of important ecosystem services for humans. They store water and nutrients, stabilize the soil, provide habitats for plants and animals, offset the impacts of climate change by absorbing carbon dioxide and they generate the oxygen that we need to breathe."

According to the study, the Earth had some 5.6 trillion trees prior to humans. Now we're down to about 3 trillion and losing them at an alarming rate.

Yes, we need to be planting more, but Ziter reminds us it's important to save the mature trees we have and to pay attention that it's not just how many, but where they are planted.  We should be cool about it.