Poetry Review: The Not-So-Foreign Lifecycle of a Perennial - The Poetry of Lisa Bellamy 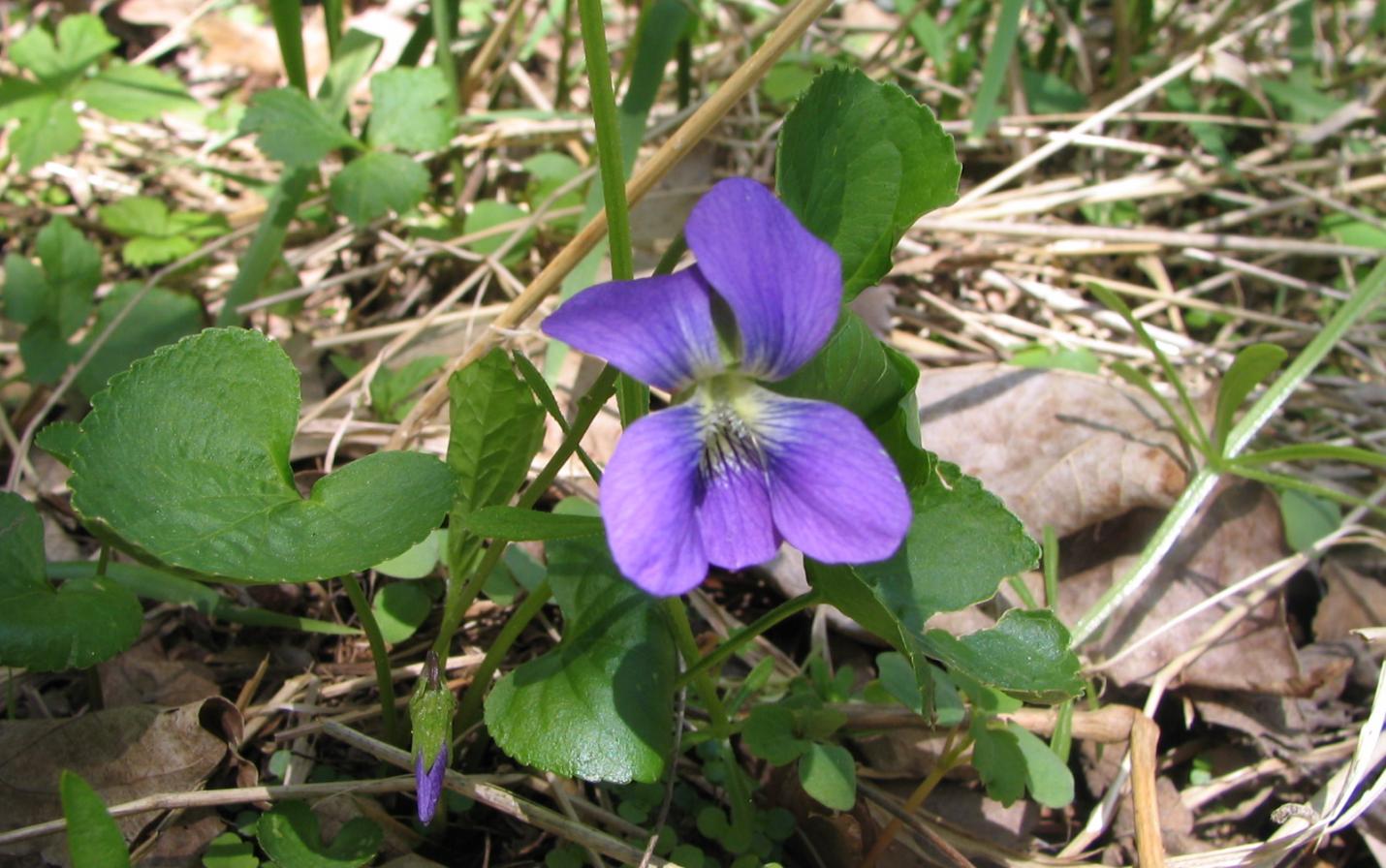 The poetry of Lisa Bellamy gives its audience a unique look at the natural world through the lens of poetry. Lisa Bellamy, a Wisconsin native, is the author of many books and poems related to nature including, “My Sweet Little Pigeons,” “Black Eyed Susan,” and “Not So Easy, Saving Sentient Being,” all in her collection The Northway (Terrapin Books, 2018) but my favorite poem of hers is, “Wild Pansy”, which can be found online at the Academy of American Poets website: https://poets.org/poem/wild-pansy. This is because it presents its audience with a unique perspective on the natural world and positive outlook on climate change through the unique lifespan of a seed germinating into a flower.

This poem is a successful piece of environmental poetry because it appeals to the audience in multiple different ways. First, it establishes a sense of familiarity when reading about the seeds' lifespan. We get to see the seeds' conception, birth, growth and blossoming phase. Quite similar to the lifespan of humans. We are also conceived, born, grow, enter adulthood (blossom). Establishing this sense of familiarity between the reader and nature helps readers bridge the gap between themselves and the natural world. This allows for that idea of interconnectedness between humans and the natural environment to form which helps demonstrate the importance of environmental protection and conservation. Another way this poem appeals to the audience is through the use of emotional aspects within the poem. In the beginning of the poem we are greeted by comedy when Bellamy writes, “I was shot out the back end of a blue jay,” because who doesn’t love a defecation joke, am I right? Which she then follows with the emotional draw of a maternal figure when she references the blue jay being viewed as the seed’s mother. However, after that we are greeted with sad emotions through the seed becoming an orphan when it was excreted from its “mother” the blue jay rear end. Next, we are greeted by more feelings of sadness when we learn that the seed is feeling alone and lost in the world, now orphaned and cold in the dirt. How could you not feel sympathy for the seed “child” abandoned in the cold dirt? Surely there are times when you have felt alone and lost, desperate for help. Following this we learn of the seeds' struggles now that it is on its own. It is greeted by the enemy, the big bad wolf, when it cries out for mercy, much like humans do when they are in a rut and looking for answers from God.

However, it does not end here, next the seed has to encounter the stink and pollution of our world that has been riddled with climate change, as Bellamy describes it, “I cursed the happenstance of this world, I smelled his hot stink.” She really slaps us in the face with that one, showing now mercy as she describes our earth for what it is at the current moment. Finally, we reach the end of the poem as the seed is finishing up its germination hidden away from the “giants” otherwise known as humans/destructors of the earth. This is where the seedling is able to finally burst through the earth in beautiful and attractive colors that Bellamy describes as, “kissable, your tiny, purple profusion.” This phase is much like when young adults finally reach that successful point in their lives where they are considered true adults. A phase of life that is admired and desired throughout the beginning of people's lives. With all these familiar humanlike emotions and occurrences, coming into play within the poem, how can you not make the connection between nature and humans? Or at least make connections between Humans and Wild Pansies. Not only that but she ends her poem on a positive not as well. We aren’t left with the flower's death at the end of the poem, as some might’ve expected, due to the short lived life of a wild Pansy. Instead we are left with the image of the flower's beauty, in full bloom. This allows the readers a sense of hope and something to look forward to seeing if the earth stays fertile enough to birth these beautiful flowers every year.

What's truly unique about this piece of poetry is that it is centered around a wild pansy. However, wild pansies are the less commonly found form of the flower, especially in North America where the author, Lisa Bellamy, was born and raised, further information about the author can be found at, https://www.lisabellamypoet.com/about.html. I think that the reason Bellamy references a wild pansy rather than a garden pansy, which she would have probably encountered in her midwestern residence, is because the wild pansy is uncultivated and lives a more difficult and independent life, while the garden pansy is constantly tended too and nurtured, which is rather unrealistic and hard to relate to. More information can be found about wild and garden pansies at https://ipm.missouri.edu/MEG/2012/9/Pansy-Always-in-Bloom-Somewhere/. As humans we do not always have someone feeding us, bathing us, and tending to our needs everyday, at least not past infancy. Humans are inherently not tamed and not cultivated and this why I believe that Bellamy chose to title this poem wild pansy, because a garden pansy found in the midwest would not encounter as many struggles in its lifespan as the wild pansy did in the poem and that struggle and triumph are what make the flower and the poem so relatable to us.

My hope is when people read through “Wild Pansy,” and Lisa Bellamy’s other nature poems like, “My Sweet Little Pigeons,” “Black Eyed Susan,” and “Not So Easy, Saving Sentient Being,” that they can see the interconnectedness between humans and nature and understand how deeply our lives and the lives of the wildlife, like the blue jays, wolf and flower, are connected to the natural world. However, in our modern day so much of the natural world is being exploited for financial gain, which is leading to even more pollution in the world. However, if we can get people to understand and see the importance and beauty of the wildlife perhaps they will be more likely to want to help. That may include, volunteering, donating money and/or land, taking education courses to learn about the land and ways to help, and many more actions that can help the MVC and its goals. If we can get the readers to understand the similarities and connections between human and nature through the use of poetry, in particular the poetry of Lisa Bellamy, we will in turn be able to get them motivated to seek action and join the fight to save our natural world.

Allie Pugh is a student of environmental literature at University of Wisconsin-La Crosse.