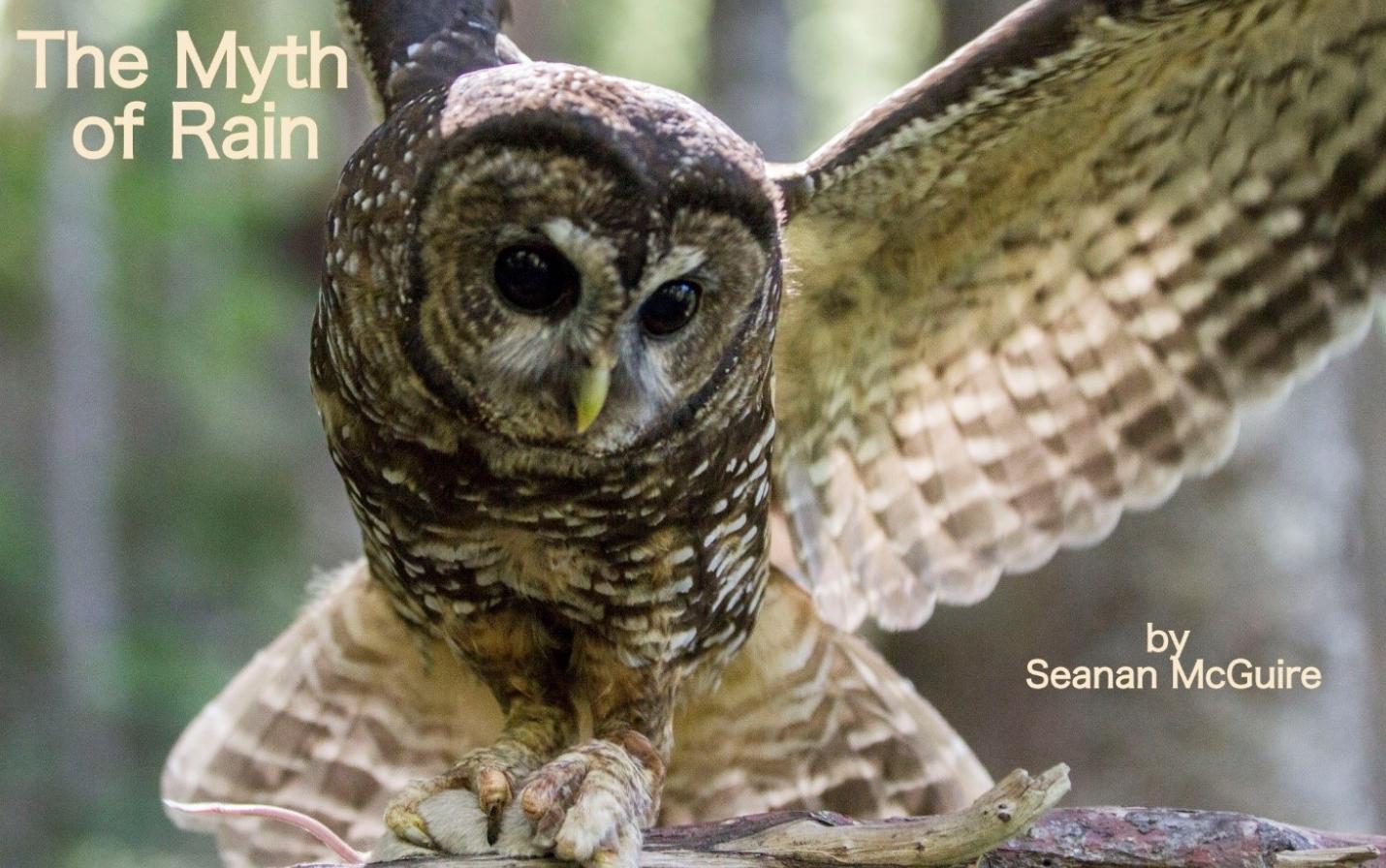 This story takes place in one of the last mature and prospering forests of the Pacific North West. Due to negligence of climate change action and the perception that economic advantages outweigh environmental conservation, there has been a drought that makes the South mostly inhabitable. Because of this, individuals, families, and whole communities are migrating to the North as climate refugees in order to find a viable place to reside. The story takes place in a forest that is one of the only locations left not destroyed by the overwhelming drought caused by climate change.

The main character, Julie, is a young woman who is on a mission to save a diversity of species, including the life of an owl in this Pacific North West forest before it is clear-cut to house the climate change refugees. Julie has a clear passion and determination to save a female owl who she has been tracking for some time. In doing so, this owl and the other species that are being preserved will live the remainder of their lives captive and in cages. Throughout the story, Julie expresses the happiness and freedom that this owl has living in its natural habitat. Because of this, Julie questions if what she is doing is even right. Should she capture the owl just for it to live in a cage and never see its natural environment ever again or should she let it die in the place where the owl calls home?

The title of this story, “The Myth of the Rain,” conveys the ignorance and naïve perspective associated with climate change action and the inability to make a collective action towards environmental sustainability. There is this idea pushed upon individuals that the negative implications associated with climate change are just a phase, that these effects of seawater rise, increased intensity of weather patterns, droughts, flooding and more will pass. There is this perception in the book that the rain will come back. Maybe Julie is trying to catch the owl to bring wisdom back into the vision of ethically blind humans who are incapable of looking at our ecosystems in any other lens than short-term economic value and a price tag.

Author McGuire states, “Something has to burn. When the world catches fire, something has to burn” (pg. 30). As Julie reflects on the implications that the drought has had on North America, she is frustrated by the perception that the flourishment of the human race is valued over the natural world and the lives of other nonhuman species. This frustration is what compels Julie and her team of conservationists to try and preserve as many species as possible.  Wisconsin’s Driftless Area is similar to the forest in this story due to the plethora of unique landscapes that make the land conservation and the protection of biodiversity within the Driftless Area even more important. Conservation is key to a thriving and balanced environment and “The Myth of the Rain,” highlights just that.